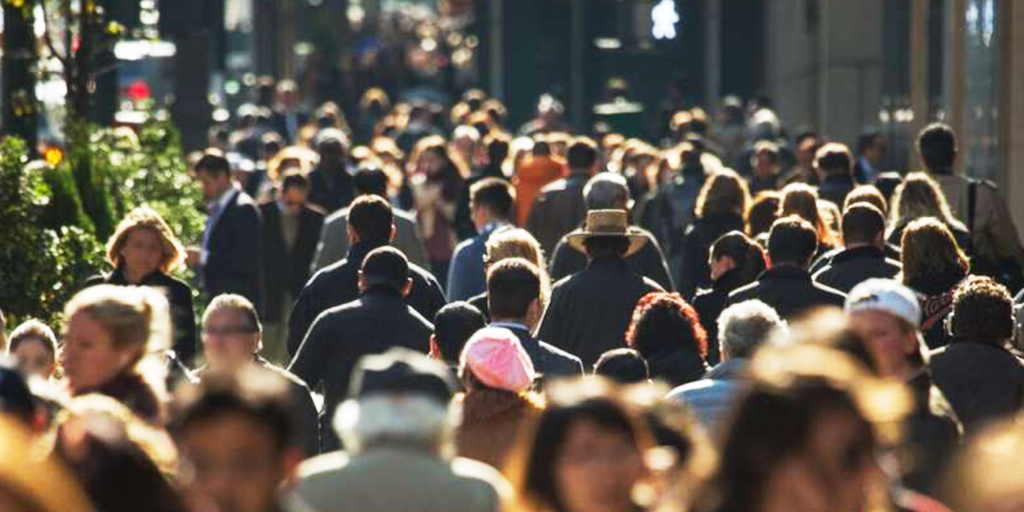 Forever, thinkers have wondered what it is to be human without any conclusive answer. To understand man, we need to find our place in the mix of other beings. This study by Mark Abraham, The interactions Between Instincts and Intellect and Their Impact on Human Behavior, holds that because instinct alone governs the world of animal, their mind is a single polar entity. However, solely the human mind consists of instincts plus intellect, and that makes solely the human mind bipolar and most distinctly separates man from beast. Thus, to be human is to have a bipolar mind. This precept is bound to bring immeasurable benefits to the individual and humanity at large at multiple levels. This knowledge also unveils a hidden imbalance in the human mind that is growing at an increasingly faster pace. This demands to be understood and compensated for to avoid irreparable damage to our civilization. This revelation solves a few human enigmas and shows how badly we misunderstand our species.

Instinct is an integral part of being human, and functions in conjunction with human intellect in everything we do. Thus, these mental forces mutually affect each other and thus, they need to be studied together. Despite their irrefutable presence instincts in the human psyche some psychologists still refute it. Hence, not only instinct but even the function of human intelligence is not properly understood. The same 17 different instincts govern all humans, although the intensity of each varies from one person to another. The strongest of these instincts in each person dominate their reasoning faculty.

An improper understanding of both instincts and intellect has resulted in a total misunderstanding of what it is to be human, and all the human enigmas have persisted forever.

A few examples depict a clear picture of this. For instance, it has never been explained why our intelligence relents its function and allows even the brightest people to make grave mistakes. A huge majority of the world population has embraced different religions for millennia, yet we still do not comprehend what in the human mind compels religion. Humans have been relishing art for some 35000 years without anyone being able to articulate what art is, or why it so appeals to us.

All humans strive for wisdom. The Chicago University received a $5M grant to discern what wisdom is, and how it could be acquired and applied to improve the human condition. A good many great scholars after many years of struggle could not even properly define it. One can make this list long.

The discipline of psychology should have been able to resolve these and other similar human phenomena. But, failing to see the human mind as a bipolar entity continues to derail this discipline. Yet, all disciplines such as medicine, IT, astrophysics, communication, the space program and so on, have advanced in leaps and bounds, except for the discipline of psychology. To be sure, Sigmund Freud, Carl G. Jung, William McDougal, Rutgers Marshal tried to introduce instinct into studying the human psyche, but their efforts have been feeble and futile at best. Once I watched 25 hours of lectures given to graduate students in psychology at the Yale and Berkley Universities. The combined time afforded to the subject of instinct in 50 hours was less than five minutes. Yet, it is the instinct that drives all animals and humans to achieve different goals that set them in motion, they interact, and that brings the world to life. That is to say, the most significant factor is the most readily dismissed.

Dr. Martin Seligman is a psychologist who has started the theory of Positive Psychology that has been taking roots in the United States, Europe and even in Japan. Once I attended one of his seminars with many psychologists following him from varying countries delivered speeches. Once, someone had asked him to explain the state of psychology in the world in one word. He had said, “Bad.” Then he was asked to explain it in two words, and he said, “Very bad.” I argue that dismissing instincts in studying humans and humanity at large is responsible for this imparity in the progress of psychology as compared to other disciplines. Integrating instinct into studying man, however, as this study has done in the realm of philosophy clearly explains most of such subjects and depicts a clear picture of what it is to be human.

Observing animal behavior teaches you all you need about instinct, and enables you to formulate what instinct is, and how it works. This allows you to distinguish humans’ instinctive activities from the deeds that intellect guides. Human intellect comprises the Utilitarian Intellect and Moral Intellect, and it becomes clear that human endeavors divide into the two categories of behavior and achievements. Instincts alone drive all animal conduct. However, instincts and moral intellect together drive human behavior. And, people apply their utilitarian intellect to solve problems and achieve objectives.

Then, you divide the varying modes of human conduct into instinctive groups, and we get 20 different instincts, each of which selfishly strives for a certain sort of satisfaction, and nothing else. However, contrary to selfish instincts moral intellect stands for not that which is pleasing, but for what is right, just, fair, honest and decent.  Its mission is to interject sanity into the way we deal with one another and to mitigate aggression.

There are three more instincts through which people relate to the phenomenon of smell, color, and sound that help us understand why humans so love a wide range of arts. Because smell, color, and sound do not affect human behavior as do the instincts of greed, aggression, sexuality and so on, these three instincts are put aside to simplify these theories. Thus, to summarize it, there are 17 human instincts, the utilitarian intellect, and moral intellect, a total of 19 different mental forces that govern all humans. Learning their properties, mission and function reveal how these mental forces interact with one another.

Instincts are unchanging, stagnant and primitive compared to intellect that relentlessly grows. The unchanging instincts that drive the core human conduct to render human behavior also unchanging. For instance, thousands of years ago our ancestors lied, cheated, stole, raped, killed, formed militaries and fought wars all of which have continued to the present. Each of these modes of conduct stems from a certain instinct. However, the same ancestors traveled on foot and could only talk face to face. Today, people talk to each other from the opposite ends of the earth at will with clarity and travel from one continent to another in a short time and great ease. This huge imbalance in the progresses made in the realms of astonishing achievement verses the unchanging human behavior reflects the difference in the natures and function of these corresponding mental forces.

A sober observation reveals that all humans’ behavior falls into one of the following categories. Each of this conduct of, fear, greed, sexuality, tribalism, territoriality, curiosity, laziness, will to live, trickery, aggression, dominance, socializing, the maternal/paternal feelings, adventure, rhythm, and laziness stems from its instinct.

Some of the important properties of all instincts are that they all are original, raw, unchanging, and primitive. Each person’s strongest instincts strongly assertive themselves when they fall into conflict with intellect, as they often do.

Instincts emerge and function in the absence and vacuum of intellect and reasoning, and even defy them. Different versions of the instincts of sexuality, the maternal feelings, tribalism, territoriality, dominance, aggression and so on govern many species of animals and are not exclusive to any species. So resistant are instincts against change that in the course of the evolution of species instincts have preserved their integrity. Thus, all animals practice different versions of the same instincts, and this further proves the accuracy of Darwin’s theory of evolution.

Instincts within each species are uniform and are impervious to time and space. Identical instincts induce alike behavior, which is why one seldom observes any noticeable variation in the behavior of the individual members within the same species. For example, a parrot never behaves like a peacock and vice versa. Humans are the only exception to this rule, as our behavior fluctuates in between the most angelic and the most savage. This is because, although the same instincts govern all humans, their intensities vastly vary from one person to another. The strongest instincts in each person induce their deepest pleasures. The irresistible temptations such instincts create blind people’s reasoning faculty and force their intellect to relent their function. This is how people make their unjustifiable gravest mistakes. One can demonstrate this in endless real examples worldwide and history long individually and collectively.

The utilitarian intellect comprises imagination, reasoning ability, creativity, the ability to learn, contemplation, assessment, calculation, science, technology, inventions, and discoveries and so on. These are mental tools at human disposal that people apply to solve problems and achieve goals. But human pursuits are neither exclusively good, nor evil, but a combination of both. Because the utilitarian intellect never takes any position, it unconditionally and indiscriminately avails itself to achieve both good and evil goals, thus it lacks personality.

Contrary to stagnant instincts the utilitarian intellect grows endlessly and exponentially. For, any new findings precipitate new findings, inventions, and discoveries that render humans increasingly more capable constructively and destructively. The third factor in this equation is that, because instincts are primeval as compared to intellect that we have gained through evolution, instincts are more forceful and domineering compared to intellect. Thus, more often than not human intellect acquires the role of an obedient servant to instincts. Therefore, the utilitarian intellect lacking personality coupled with its relentless growth, and being a servant to our primitive instincts make a combustible mix that continues to pass unnoticed.

Another factor worthy of notice is that the contrasting natures of the growing human intellect and stagnant instincts that result in a hidden growing imbalance in the human mind, presented in the graph below. The implication of this growing mental imbalance is momentous, indeed.

Fully grasping what this graph reveals about the human mind helps us understand so many intense human interests such as fine arts, faith, warring, human sexuality, politics, as they all stem from the joint function of instincts and the two segments of intellect. And it is in this context that we see which mental forces in each human suppress their intelligence and lead them to poor decisions and important mistakes repeatedly that hinder their progress. Our tests help measure the strength of these mental forces against each other and show you how to defuse these forces to substantially reduce such mistakes, if not eliminate them. The suppression of human intelligence by these instinctive forces has been hindering human progress individually and collectively.

This trend occurs at the subconscious levels. Learning about it elevates the subconscious to the conscious levels and lays it naked before you. Thus, you get to manage your mind instead of being managed by it to transform your life. If this can be done for a hundred people, it could be done for a thousand, and many thousands of people and this system can do it for huge multitudes, one person at the time. In doing so, you increase the ambient human intelligence and happiness worldwide. The next article will cover how this growing mental imbalance could decide the fate of human civilization if it is not understood and compensated for.