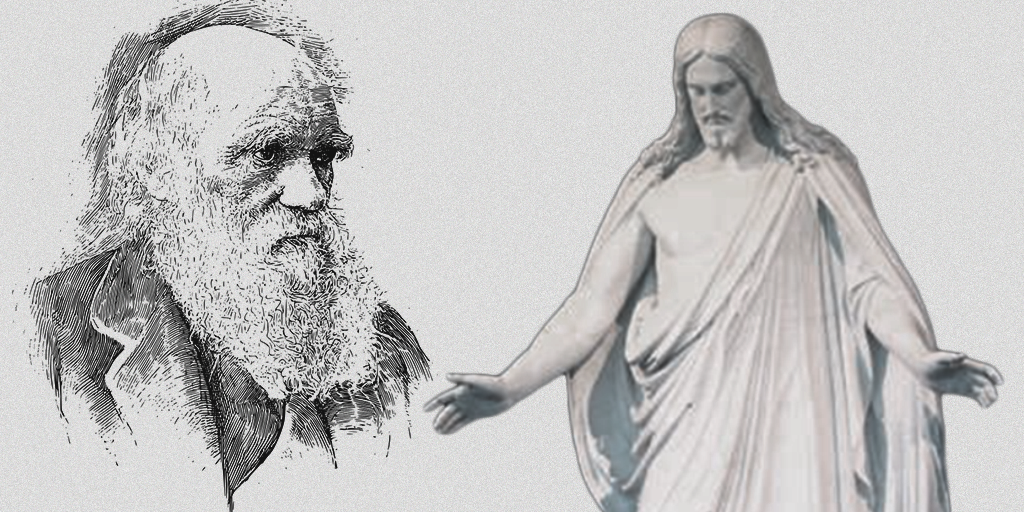 THE CONTRADICTIONS BETWEEN EVOLUTION AND RELIGION IS SCIENTIFICALLY RESOLVED, THE ANATOMY OF FAITH

After thousands of years, immense mysteries cover religion that this study helps solve. For example, if Jesus, Moses, and Mohammed were never born, would their three billion followers go without faith forever? The emergence of the Pagan religions before their arrival proves that they would not. Also, the vast number of people in India, China, Japan, Korea, and elsewhere that these leaders did not appear further proves that people have always formulated religions for themselves. Then, did Jesus Moses, Mohammad, Buda, and others create world religions, or did humans’ innate inclination towards spirituality demanded leaders, and these men rose to lead them? These leaders were created, and they did not create. To examine another aspect of faith, when we look at religions from inside out, at the core, they all look strikingly similar, as they all forbid lying, cheating, stealing, promiscuity, and killing. All of them also promote honesty, justice, fairness, kindness, being charitable and moral. It seems as if they have used the same raw material and DNA, so to speak, to build all religions. However, when we look at the same religions from outside in, we only see irreconcilable differences. The differences result from the fact that each culture has packaged the same content differently. The instinct of tribalism urges people to focus on the superficial differences, but ignore the substantive similarities. Thus each defies all the rest.

It begs the question of why the endless number of species morality is an exclusive attribute to humans that molds human behavior. Such subjects remaining unanswered have perpetuated the mysteries of religion for millennia. This unique perspective and the new method used to study the human mind help us solve many of these mysteries on faith and a few other such human phenomena.

We need to find the origins of the raw material that construct religions. Odd though, as it might sound, Charles Darwin’s teachings provide the answer, although religion and Darwin’s theory of evolution have always been irreconcilable contradictions. Knowing that without humans’ social disposition, our species could not have existed makes humans social living indispensable. However, this essential survival need directly contradicts another equally as strong human nature. This inner conflict has precipitated all religions, as we shall see.

In that, based on this study, 17 different blind, selfish human instincts govern all humans. Each of them drives each person with intensity, and that distinguishes people from one another. Each of them creates its wants, needs, and desires, and satisfying each of them rewards people with a unique sort of pleasure and satisfaction. The strongest instincts among them induce peoples’ deepest pleasures. Our social disposition intertwines our interests, and people can achieve many of such wants, needs, and desires at the expense of others. These drives charge each person to use and abuse others to get what they want by any means possible. This condition makes every human a predator and prey at the same time, everywhere and all the time. Freely practicing these 17 human instincts would turn all human communities into jungles inhabited by dangerous thinking animals, humans, and rampant violence would consume every society. Bloodshed at every corner would be commonplace. Yet humans cannot tolerate violence as wars everywhere create an immediate exodus of refugees. People leave their homes, relatives, their sources of income for an unknown future in a strange land under miserable conditions. Yet wars are passing events, whereas instinct induced violence would be a permanent and the least tolerable human condition. This condition would create relentless fear and terror for everyone. Societies would become unsuitable environments for our species, and that would force all humans to seek security in total isolation, and that would end humans’ living socially. This condition would deny humanity the essential means of survival, and our species would cease to exist.

Darwin teaches us that when environments are unsuitable for the survival of any species, either they evolve and adapt, or they perish. Humans have evolved, as all beings have evolved from single-cell beings. However, I argue that humans have gone through not one, but two parallel evolutionary processes. The other evolution changed the human brain. It has specialized a region of the human brain to solely create the strong attributes of honesty, justice, fairness, integrity, and human decency to counterbalance the blinding instincts and to mitigate aggression essential for relative peace and tranquility. I have labeled this portion of the human mind as the Moral Intellect that is exclusive to humans. The other segment of intellect is the Utilitarian Intellect. While some animals show marks of Utilitarian Intellect, Moral Intellect is unique to humans. The sole function of the moral intellect is the induction of the values mentioned above to interject some sanity into how we deal with one another.

What the Moral Intellect produces has become the raw material for all religions and renders them so similar at the core. However, different cultures package the same principles differently that makes them appear so different from one another. Thus, this human gravitation demanded spiritual leaders, and those leaders emerged to lead their people. Hence, peoples’ spirituality created those leaders and not the other way around. The constant presence of instinctive selfishness in all humans and the constant need for social living to survive as a species not only has created religions, but it has sustained them, religiosity is a human condition. Indeed, it is intriguing to see how those leaders managed, and how they got following they have arrived, and the two revolutions in India and China might help us understand this phenomenon.

The abject exploitation of people in India and China by foreign powers compelled people in both countries to revolt. Peoples’ need to revolt demanded leaders, just as people’s spiritual tendencies called for spiritual leaders in the past. Gandhi from India and Mao Tse tung from China emerged as leaders. The followers of both leaders were poor, deprived, uneducated, and unsophisticated peasants. They could comprehend the different political ideologies to decide which doctrine they accept. After the followers trusted the integrity and intellect of their leaders, they blindly followed them. Whatever the leaders liked, their followers also liked, and vice versa. It just so happened that Mao was a Marxist, and believed in armed struggle and forceful imposition of their will on their opponent. However, Gandhi was a capitalist, and he also believed in passive resistance. One can imagine that if each of the leaders submitted his plan of action to the other for review, each would dismiss it outright as a plan doomed to fail. But, history would prove both of them wrong, as they both succeeded within two years of each other, and we got a Communist China, and Capitalist India. Now, imagine switching the places of these two leaders for Gandhi to lead the movement in China, and Mao to lead the change in India. We would get a Capitalist China, and a Communist India.

Now apply this concept to religions thousands of years ago. By the accident of birth Buddha, Mohammad, Jesus, Moses, and others were born where they were born. If by another accident of birth, they were born in a place other than where they were born at, most probably they still would become spiritual leaders. Thus, Moslems could turn out to be Buddhists, Buddhists could become Jews, Christians would become Moslem, and Moslems would become Shinto, and so on. Then, those who hate others for their religions would have to hate themselves for holding the very faith that they so dislike, which of course, they never would. Yet thousands of years later, the followers of these spiritual leaders hate and even kill each other because the spiritual tastes of their respective leaders thousands of years ago seemingly were different from one another, not in substance, but on the superficial packaging. This sort of behavior defies reason, indeed, and puts the overall human intellect into to test, and we fail miserably. This mode of conduct reveals the sustained silliness of our species, and how fallible human intellect is. Much work needs to be done before humanity can snap out of this intellectual poverty to arrive onto higher phases of wisdom, intelligence, and civility. This study, The Interactions Between Instincts and Intellect and Their Impact on Human Behavior, reveals the forces that have pinned humanity to this antiquated mode of conduct and show how to defuse these forces to advance.