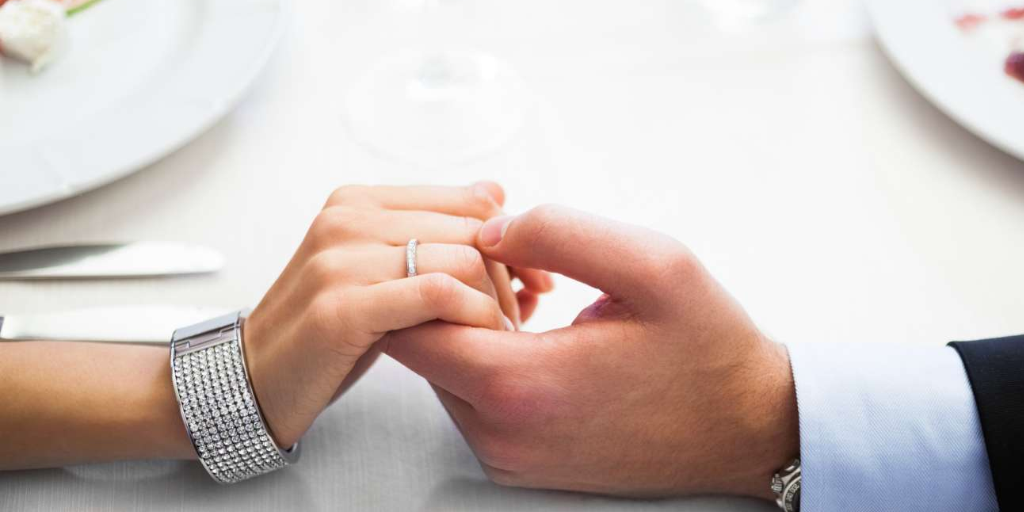 The Common Denominators of Most Marital Problems

While failing marriages fail for different reasons, most of them have a few common denominators.   Infidelity, naïve expectations of marriage, and the absence of communication are the three most common causes are as follows:

These two human mental forces issue two opposite commands on human sexuality.  Instinctively humans strongly desire variation in sexual partners, and thus that renders humans instinctively polygamous.  Thus, many cannot resist this sexual urge, and when the opportunities present themselves, they engage in adultery.  And those who do not behave that way is not an indication of the fact that such desires do not exist, but that they are more reliable people and live by certain principles, and resist such temptations and stay loyal to their partners.  Hence, it requires an effort to refrain from it.

It begs the question if humans innately desire variation in sexual partners and free sex, why have they created so many laws, rules, and social stigma against it.  Allowing free sex among humans, especially in early human development, would render all human communities dysfunctional with immeasurable adverse effects.  In a nutshell, jealous sexual rages would imbue societies with relentless conflicts and murder.  Furthermore, not knowing who had sired which child men would not commit themselves to raise the children.  Because of the profoundly strong maternal instinct, women alone would have to raise their children.  Yet each woman could have over ten children.  No one person could sufficiently support the utterly slow-growing children for decades with all their needs, and many of them would perish.  Even without that, our species was in a precarious state of being for a very long time.  Some scholars claim that at one point, the world population had reduced to 2000 people.  Free sex would make this bad situation much worse, and thus, free sex had to be stopped, regardless of how strongly people desired it, and they invented marriage to regulate peoples’ sexuality.

Hence, earlier people invented monogamy through marriage to confine sexual relationships between one man and one woman for life.  As a practical solution for a pressing problem, marriage takes universal root.  And with that comes strict rules through peoples’ religions and laws and social stigmas against breaking this taboo of having extramarital sex.  Thus, because of humans’ bipolar mind, the instinct of sexuality demands polygamous relationships, but intellect commands monogamy.  Being pulled in between two opposite forces on sexuality renders humans alone sexually confused. As a result, people in love eagerly get married, and over 36% of them practice polygamy through extramarital relationship.  This innate human sexuality wrecks many marriages.  Suppressing this instinctive monogamous sexual desire gives rise to this fascinating sexual psychology known as a sexual fantasy.

Studies show that virtually everyone practices sexual fantasy that acts as a bridge between these two sexual worlds of polygamy and monogamy.  Through such deliberate illusions, people commit adultery in the privacy of their mind without violating any rules, laws, or principles, and that partially satisfies this instinctive quest for different sexual partners.  People unaware of humans’ bipolar mind and its implications on all aspects of human life cannot tolerate this behavior, and often this innate sexual confusion leads to divorce and even violence.  If one is unable to understand his or her sexual mind, it stands to reason that one could not understand one’s partner’s sexuality.  And this lack of understanding leads one to intense frustration and anger, and all the unpleasant consequences follow.  It is worth noting that some societies allow men to marry more than one woman, but even then, sexuality is regulated.  This arrangement too stops free sex; people know who sired which child, it minimizes jealous sexual rage.

Mark, in this study mentioned above, has disassembled the mind into its parts to study the properties, mission, and function of each separately, just as they study human anatomies individually in medicine.  No one had examined the human mind this way before.  This process vastly simplifies understanding the mind of other people for getting married or for employment.  Recognizing that the human mind alone is bipolar has made this possible.

The instinct part of humans’ bipolar mind consists of 17 instincts, and the intellect portion divides into the Utilitarian Intellect and Moral Intellect, a total of 19 different mental forces.  The same forces govern every aspect of all humans.  The intensity of each of them varies from one person to another, and that distinguishes people from one another. These instincts are:

Each instinct blindly strives for a particular sort of pleasure and satisfaction, and nothing else.  The strongest instincts in each person create peoples’ deepest pleasures.  The irresistible temptations such instincts induce blind people’s reasoning faculty and lead them to their gravest mistakes, demonstrable through endless real examples.  Based on the factorial mathematical formula, these 19 mental variables present themselves in 121,645,000,000,000,000 different ways.  Each of these astronomical numbers represents the unique personality of one person that drives their behavior.  To grasp the enormity of this number, if you divide it by the number of the current world population, you will get 17,000,000.  The figures are rounded up.  Thus, if the world population were that many times as many as it is, each person would still get a unique personality and that numerically shows the complexity of the human mind.  Hence, one cannot accurately assess oneself, much less any other human.  Different marriages fail for various reasons, and some among them fail because they were unable to detect that they are not compatible.

Not only ordinary people, but even many of the personality and behavior assessment tests fail to assess people accurately.  For example, the three most popular personality and behavior assessment tests claim that the personality of all humans is one of four, five, or sixteen different types.  By implication, this must also apply to over 100 billion people who lived before us.  Yet no one can come up with two names with identical personalities, because identical personalities do not exist.  That proves their inaccuracy, despite their popularity. However, our tests at MeetYourMind.com produce an exclusive report for each person.  Each report is one of the astronomical numbers of personalities presented above.  Each person’s personality, fingerprint, and appearance are equally as unique, and to claim otherwise is patently wrong.

Two of these personality assessment tests are based on this 2400 years old theory from this Greek philosopher, Hippocrates’s that considers only four mental elements.  The third one only finds five psychological factors, and all of them ignore all other factors as if they do not exist, or they do not matter.  However, our study and tests take every human mental element, a total of 19 different mental forces, into consideration.  Each of them directly drives a particular mode of human conduct.  It is the clashes of the values these mental forces induce and the patterns of conduct they engender that lead to conflicts between all people and their spouses.     Those who are driven by any utterly strong instinct have less control over the mode behavior which that instinct drives.  Those who have formulated those other theories being oblivious to the bipolar nature of the human mind are alien to the different forces in the human mind.  Hence, the three most popular tests combined cover only 33% of the various states of the human mind that our system covers.  For a more scientific and accurate comparison of our system to others, please read my blog, The Scientific Principles.

While many marriages have a good start, some do not.  If one does not rectify the marital problems before having children, the arrival of children most likely will exacerbate the problems, for children cause stress on the couple in multiple ways.  Raising children is expensive, while many of the young couples might have limited means.  Also, children are very demanding on your time and attention.  Due to strong maternal instinct, with the arrival of children, mothers’ focus shifts from the husband to children, and that adds another layer of friction to the problems.  When conditions become difficult, people become irritable, and some couples take their frustrations on each other, and this makes a bad situation even worse.   With the progression of time as the infatuation wears off and the couple physically gets enough of each other, the instinctive polygamous desires might emerge, and one or the other, or both in some relationships, seek an additional sexual partner.  So strong is this drive in some people that some couples mutually agree to permit each other to have other partners, known as an open marriage.

A good marriage is a beautiful thing, and it is worth it to afford all the efforts to make it work.  Some people end one marriage to start another just because the romance has somewhat faded what they fail to see that it is the suppression of the monogamous instinct that erodes the romance.  The same process will occur after a while with the new marriage.  To put it differently, one cannot escape himself or herself.   Layers of enigmas cover human sexuality that could be best covered in sessions as each situation is uniquely different, but most of the underlying factors are similar.

Lastly, the best remedy is to get to know each other the best as you can before you tie the nuts.  Odd, though, as it might sound, one of the best ways to get to know others is through managed and friendly adversity.  That is because, in such conditions, one gets to learn what it is that the other person would fight over.  And second, it would reveal how the person fights.  And these two pieces of information reveals a good deal about any person.  Otherwise, years of spending fun time with one another, although very pleasing, will not help you to know the other well.  Also, taking our tests at different times and answering the questions honestly is the best way to get to know yourself and the other, if you are willing to share the test results.  One would need to take these tests a few times because, at a different time, people are indifferent moods, and might answer the same questions in different ways.  However, if you take them at different times, comparing them would give you a good reading of your minds.  We have much to offer and will be happy to help you solve your marital stress and or prepare you for a beautiful married life if you choose us.